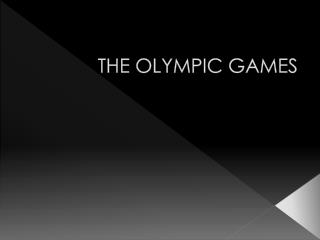 THE OLYMPIC GAMES. Background. You will not be asked direct closed questions on the Ancient, Robert Dover or Penny Brookes’ Much Wenlock games. However, you may be asked a question that tests your knowledge of the background of the games. Robert Dover – Cotswold Olympick Games.