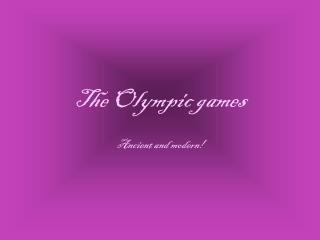 The Olympic games. Ancient and modern!. What are Olympics?.