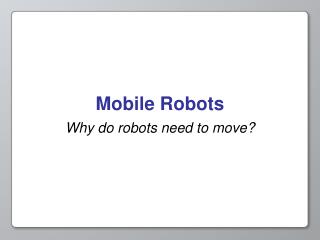 Mobile Robots - . why do robots need to move?. what defines a robot?. sense – a robot has to take in information about