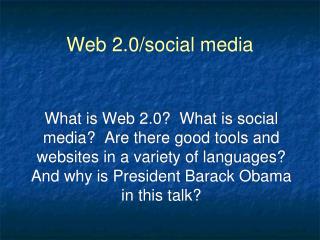 SOCIAL PROSPECTING WORKBOOK: HOW TO USE SOCIAL MEDIA TO FIND NEW LEADS - “it’s time to fire up your social media lead

Social Media - . “the use of web-based technology to facilitate interaction with others.”. ars question: with the

Technology in the office - . helpful ideas to streamline everyday procedures and maximize efficiency. legal ethics in

How Social Media Management Helps Businesses - What is social media management and how can it help businesses? social