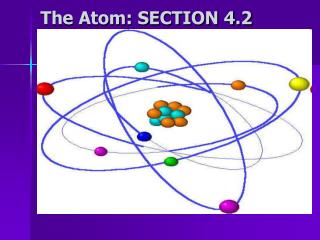 The Atom: SECTION 4.2. Defining the Atom . Elements are made of ATOMS ATOM: The smallest particle of an element that retains the properties of the element. BELIEVING IN THE ATOM. For a long time, we had to INFER atoms existence through scientific experiments. Chapter Intro-page 140 - . what you ’ ll learn. you will relate an atom ’ s interactions with other atoms to its

Chapter 18: Properties of Atoms and the Periodic Table Section 1: Structure of the Atom

Chapter 2 Matter is Made up of Atoms - . warm-up question #1. what is the difference between a theory and a law?.