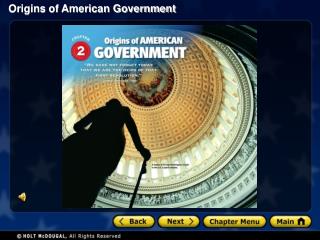 Section 1: The Roots of American Democracy Section 2: American Independence Section 3: Articles of Confederation Section 4: The Constitutional Convention Section 5: Ratification and the Bill of Rights. Chapter 2: Origins of American Government. Section 1 at a Glance.

The American Republic Since 1877 Chapter 9 Section 4 - . unions. main idea. in an attempt to improve their working