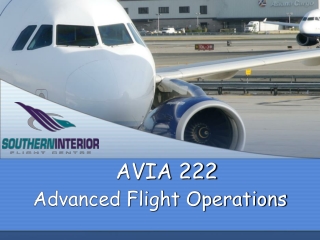 AVIA 222. Advanced Flight Operations. Today’s Topics. Mach Numbers, Speed of Sound Weight and Balance V Speeds. High Speed Flight. Speed of Sound… (S) The speed of sound is the speed at which the pressure waves (sound) move through the air. EDUC 222 - . ❝ one language sets you in a corridor for life. two languages open every door along the way. ❞ ‒

Physics 222 - . d.s. durfee. the physics revolution of the 20 th century. relativity – physics of the fast quantum

COMT 222 - . tools for a binary world. digital?. what makes information digital? if it helps: when is information not

IST 222 - . day 3. homework for today. take up homework and go over go to microsoft website and check out their hardware