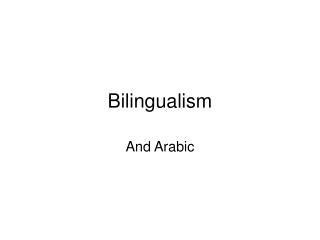 Bilingualism And Arabic Introduction Concerned about how many Arab parents do not speak to their children in Arabic.  Arabic in particular is of concern, since Arabic is the language of the Quran.