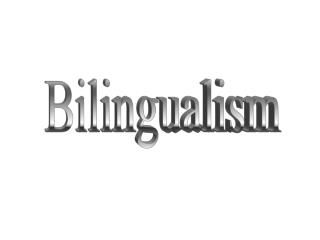 Bilingualism. Bi lingual ism. suffix that describes an action or process. “ articulated with the tongue ” . “two” . Bloomfield, 1933: “Bilingualism is the native-like control of two languages”