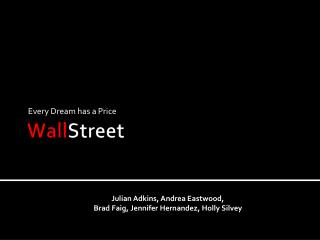 Occupy Wall Street - . russell topp. who is protesting. based off surveys answered a majority of the protestors are white

Wall Street Goes Down!! - . the buying of to many loans leads stock market to crash on wall street which may may lead to