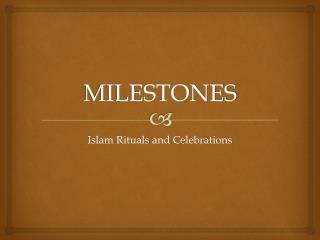 MILESTONES. Islam Rituals and Celebrations. Early Life. Muslims believe that a child is born free of sin Born with an inclination towards goodness Adhan is the ceremony that is performed after a child is born (also the name for call to prayer)