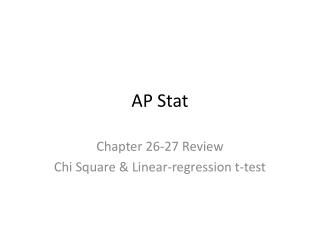 2.1 - . linear functions and models. graphing discrete data. we can graph the points and see if they are linear. enter

AP Statistics - . 5.1 designing samples. learning objective:. differentiate between an observational study and an