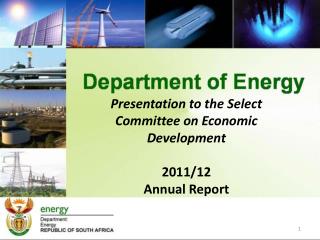 DEPARTMENT OF ENERGY - . presentation of the department’s 2010/11 annual report to the select committee on economic