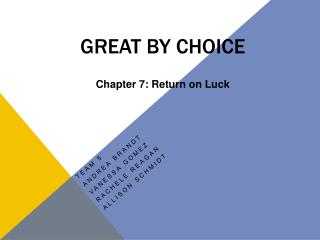 Chapter 7 Rate of Return Analysis - . recall the $5,000 debt example in chapter 3. each of the four plans were used to

Great Gatsby, Chapter 7 - . by simon and ee kien. summary. gatsby calls off his parties, which were primarily a means to