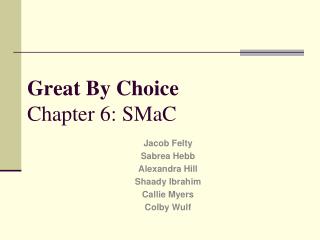 - This look, business casual and professional, is a great choice for teens. not only is it simple and easy to put

Chapter Five - . choice. economic rationality. the principal behavioral postulate is that a decisionmaker chooses its

Chapter 2 Utility and Choice - . objective. build a model to understand how a consumer makes decisions under scarcity. to