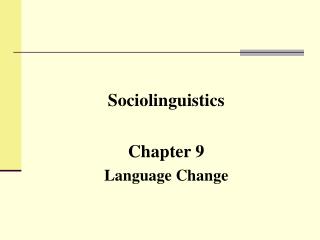 Communication (Miller Chapter 9) - . the big questions. how do humans communicate? what are the links between

Week 10: Sociolinguistics - . cockney dialect. used in london by the working class in certain areas characterized by its