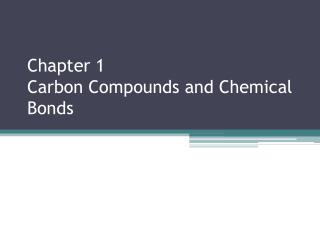 Organic Chemistry - . ch. 25. definitions. organic means “based on carbon” hydrogen, oxygen, and other elements are