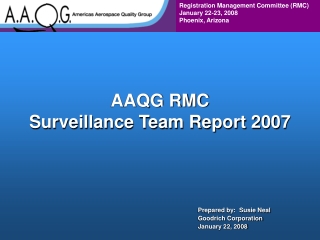 IAAR and AAQG - . what is the iaar?. independent association of accredited registrars 37 members operates in north