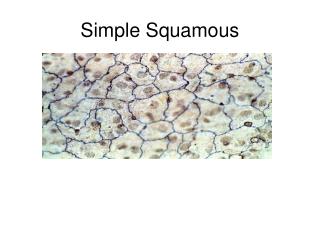 Sino-nasal Tumours - . tumors of the nasal cavity proper are approximately evenly divided between benign and malignant

23 - . the digestive system: part b. pharynx. oropharynx and laryngopharynx allow passage of food, fluids, and air

Tissues - . definitions. tissues are groups of cells that have the same structure and functions. the study of tissues is