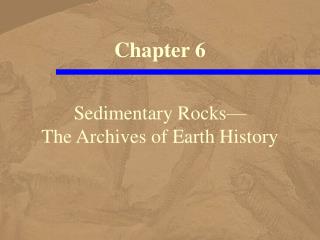 Sediment Erosion,Transport, Deposition, and Sedimentary Structures - . an introduction to physical processes of

Stratigraphic Facies and Geologic Time - . amantz gressley, 1834, and the jurassic rocks of the jura mountains between