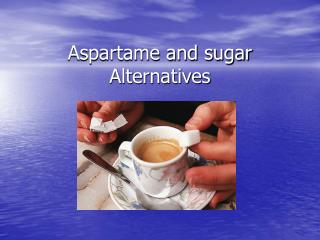 Enzymatic Synthesis of Aspartame - . aspartame is a low-calorie sweetener whose apparent sweetness is 150- 200 times that

Aspartame 20-60 Mesh - Description: aspartame sweetener is a non-carbohydrate artificial sweetener, which has a high

Sugar and Slaves - . slavery (1505-1864). pros (of the time): free labor expertise in agriculture brought their culture

Lemons and sugar - Probably you should put this near your mirror, where everyone can read it every day. maybe you

Sugar and Slavery - . where and how has sugar been cultivated? why has sugar frequently been associated with slavery? how

Sugar and Sweetness - . is there a universal desire for sweetness?. social sweetness. the “sweet life” - the good

Sugar and salt - Although modern techniques often bring sugar and salt to our tables, these two simple treats for the

CONSERVATORSHIPS AND ALTERNATIVES - . what is a conservatorship?. an individual or agency is appointed by the court to be