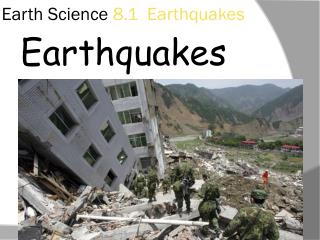 Earthquakes – Earth Science - . what is an earthquake?. earthquakes occur along (within) faults . these represent