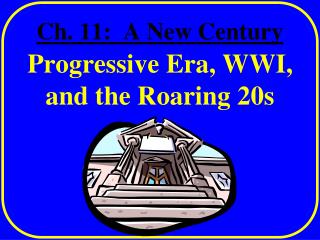 Ch. 11: A New Century. Progressive Era, WWI, and the Roaring 20s. Quote of the Day. “The great World War ends… The Germans brought to knees now beg for peace. The Bells ring and every whistle in factory and engine in Provo are turned on full force…. " ( Will Jones, November 11, 1918 ). Late Gothic Art - . 15 th century art in northern europe and spain. f actors that contributed to the development of