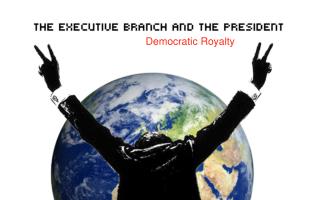 Democratic Royalty. Article II. of the Constitution. - a huge compromise in the ratification of our government (we need leaders, not a king or an oligarchy).