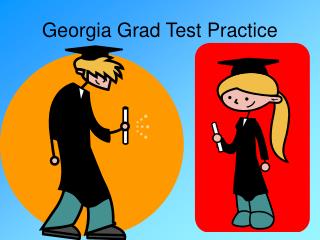 Georgia Grad Test Practice. a. Sir Isaac Newton b. Thomas Hobbes c. John Locke d. David Hume . Use the information below to answer the question. Thomas Jefferson was restating the ideas expressed in the Two Treatises on Government by British philosopher. Georgia Regions and Habitats - Created by kristi dawdy sharon elementary 3 rd grade before we get started, where in the

Mastering the Georgia CRCT - . practice test. 1. which word in the sentence is an abstract noun?. poets often like to

Second Semester Test Practice - . for each of the following questions, record your answer on your paper before advancing

Practice Test - . world history ap #9. which of the following areas was probably the destination for the most slaves

Mid-Term Practice Test Put your name on a blank sheet of paper and get ready to answer questions - . health science

Chapter 1 Test Review - . which of the following statements best describes georgia's population growth?. one of the ten