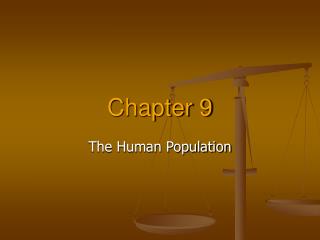 Chapter 9. The Human Population. 9.1: Studying Human Populations. Describe how the size and growth rate of the human population has changed in the last 200 years Define four properties that scientists use to predict population sizes