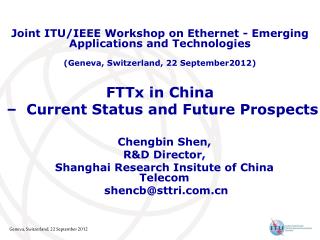 Who Will Feed China? Wake-up Call for a Small Planet - . lester brown’s look at the future of china and the world.

Health Information Technology: Current Situation &amp; What to Expect in The Near Future - . dr. made indra wijaya