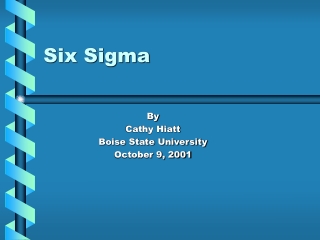 Six Sigma - . what is six sigma??. a statistical concept that represents amount of variation in a process relative to a

Six Sigma - . zack howard . six sigma technique and tools was developed by motorola in 1986. made famous for use in 1995