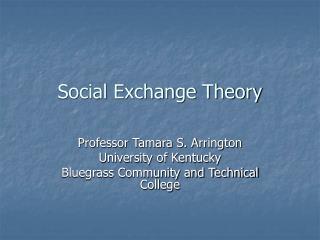 How to Use Theory - . to support ideas to explain something complicated to understand something confusing to clarify