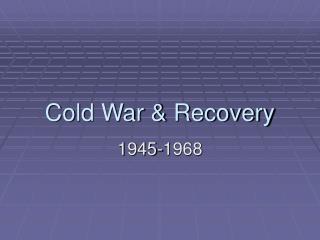 The Cold War - . the cold war. what to expect during this unit to learn about the events during and after world war ii

The Cold War - . united states v. soviet union. cold war. the cold war was a time after ww2 when the usa and the soviet