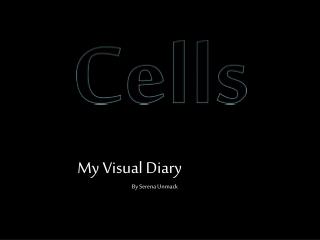 Cells. My Visual Diary By Serena Unmack. What is the difference between Animal, Plant and Fungal cells?. Plant Cells Plant cells make their own food using photosynthesis and the sun. Plant cells have a cell wall. Plant cells have more parts than animal cells. . Fungal Cells