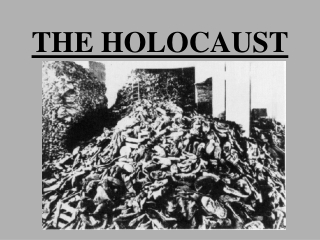 THE HOLOCAUST. What is Genocide?. Genocide is the deliberate and systematic destruction, in whole or in part, of an ethnic, racial, religious, or national group. My Holocaust PowerPoint - . by: tyana a. moore.