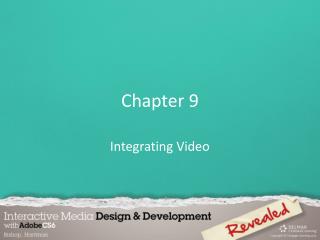 Chapter 9. Integrating Video. Getting Started with Video. Digital video is a series of bitmap images that, when played back, create the illusion of movement. The quality and overall file size of digital video is determined by its resolution , bit depth, and dimensions.