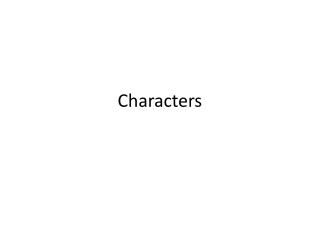 Characters. Conside r this scenario:. A new student has moved to town and is attending your school. Your friend thinks he/she is cute and wants you to find out more about him/her. How would you go about achieving your goal?. Characterization.