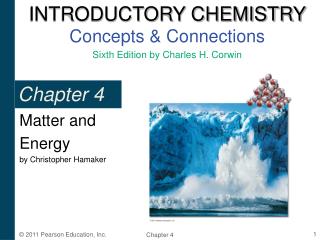 Chapter 4. Matter and Energy by Christopher Hamaker. Matter. Matter is any substance that has mass and occupies volume. Matter exists in one of three physical states: Solid Liquid Gas. Gaseous State.