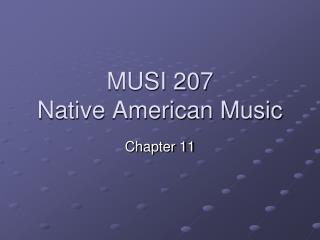 Music of Native American - . about their music. the music of native north americans is primarily a vocal art, usually

UNIT 4: NATIVE AMERICAN MUSIC - . native american music. music that is passed down from generation to generation through