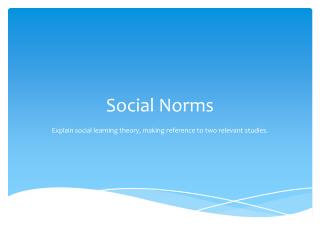 Social Norms. Explain social learning theory, making reference to two relevant studies. Norm. Set of rules based on socially or culturally shared beliefs of how an individual ought to behave. Regulate behavior within a group.