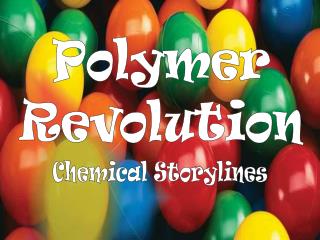 Polymer Revolution. Chemical Storylines. PR1 The start of the revolution. Lots of polymers are produced in nature Synthetic polymers have only been in widespread use since the 1950s In 19 th century, plastics were made by modifying natural polymers