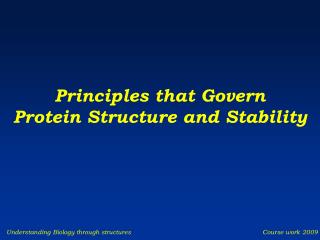 Protein stability - . the use of homology modelling (or structure determination for that matter). or, to teach you that a