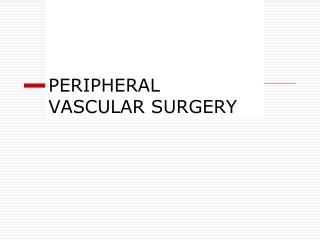 Peripheral Vascular System - . consists of a system of intertwining veins and arteries which carry blood to and from the

Assessment and Management of Patients With Vascular Disorders and Problems of Peripheral Circulation - . vascular