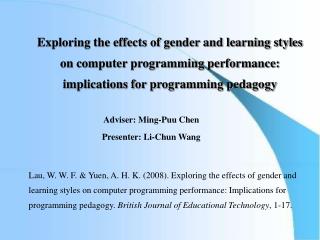 Presentation for Deforestation project - . by: ming chun, shang wen, chloe and amanda the interesting thing is at the

Joseon (Chosŏn) Korea - . november 28, 2013. review. who was zheng he? who was wang yangming? what was the relationship