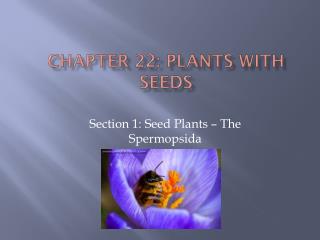 If you are a plant that does NOT produce seeds, what do you produce instead? - . ferns flowers spores. do both

Chapter 39 - . plant responses to internal and external signals. overview: stimuli and a stationary life. plants, being

Chapter 53 - . community ecology. overview: what is a community? a biological community is an assemblage of populations

IMPORTANCE OF PLANTS - . prepared by mpl. p lants. plants take in carbon di oxide and leave out oxygen during the day. we