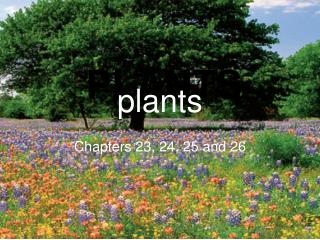 PLANTS. plants. Chapters 23, 24, 25 and 26. the purpose of this chapter is to recognize the importance and diversity of the plant kingdom.