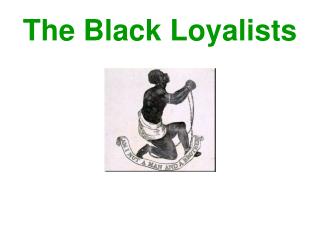 The Black Loyalists. The American Revolution or The War of Independence. 1775 to 1783 An armed conflict broke out between Britain and her 13 colonies The 13 colonies did not want to pay increased taxes to Britain. Loyalists. A loyalist was someone who joined the British side of the war. Black Friday - . november 26 th 2010. what is “black friday”. black friday is the day after thanksgiving when store

THE AMERICAN REVOLUTION - . chapter 7. the early years of the war. section 1. americans divided. american society was

8K LIGHT - . optical illusions. which is darker a or b?. black spots appear at the intersections. the grey centre bar is

BLACK HOLES: The Other Side of Infinity - . presented by: sarah silva (ssu nasa) and phil plait. the show content. the

Miami Urban League Report Card on Black America - . 2010: where we stand. the report card. where does black america stand

Chapter 7 - . the american revolution. haym salomon gave the american government $600,000 to help fight in the war