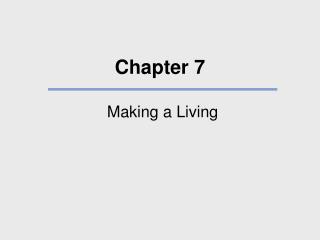 Chapter 7. Making a Living. What We Will Learn. What are the different ways by which societies get their food? How do technology and environment influence food getting strategies? How have humans adapted to their environments over the ages?. Five Major Food Gathering Strategies.