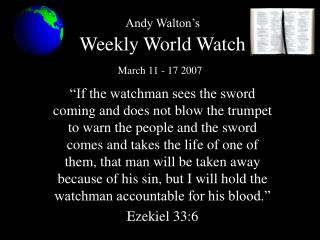 A STUDY OF THE BOOK OF ISAIAH BY HAROLD HARSTVEDT SOUTH WALTON CHURCH OF CHRIST - Walton county florida, 32459 the

Thought for the day: - . there is only one boss. the customer. and they can fire everybody in the company from the