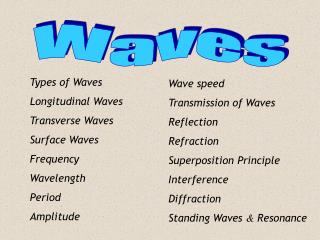 Topic List: To be modified based on student interest - . background and theory fractionation tracing the hydrologic