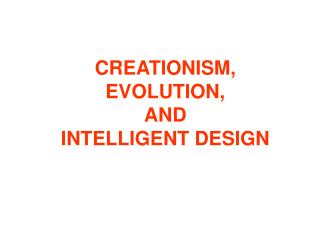 Evolution and Creationism: What Everyone Needs to Know - . what is science? evolution: a quick overview -- evidence --

Neo-creationism between science and obscurantism

Evolution vs Creationism An Introduction Second Edition - . eugenie c scott. what do you know about the

Dr. Philip Kitcher in his book, Abusing Science: The Case Against Creationism

CREATIONISM - . myths &amp; the creation story. both had the earth start in darkness both had light appear so there