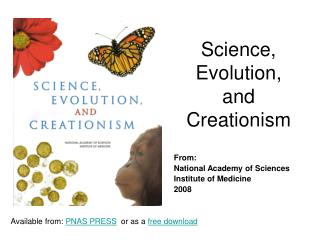 Science, Evolution, and Creationism. From: National Academy of Sciences Institute of Medicine 2008. Available from: PNAS PRESS or as a free download. Isn’t evolution “ just a theory”?.