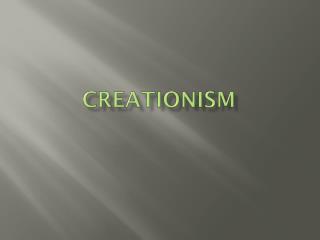 Neo-creationism between science and obscurantism

Evolution vs Creationism An Introduction Second Edition - . eugenie c scott. what do you know about the